This is the least fulfilling year in review I’ve ever written. So many months have almost no entries because sadness filled my days. But I’m writing this so that when I write next year’s review I can look back and see how much things have (hopefully) improved. 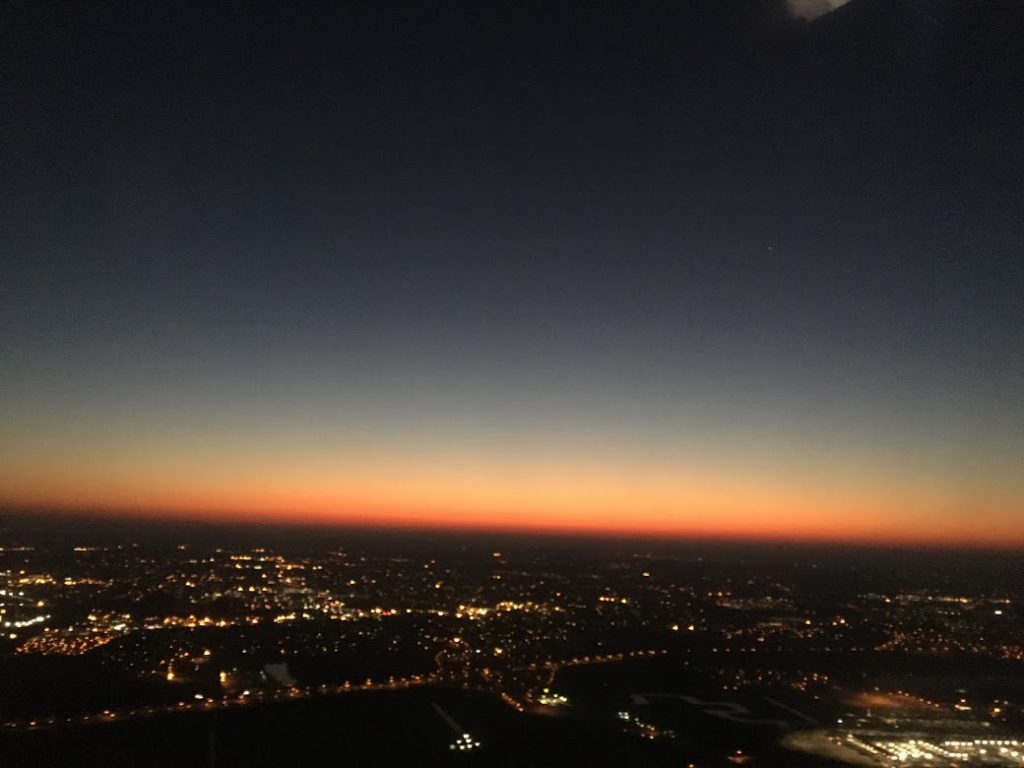 January
– Took a long weekend in Nashville just to get away from everything for a few days. We needed that trip a lot. Basically we did nothing but eat a lot, drink a lot and read a lot.

February
– Got the kitchen floor replaced as part of Project Sell This House and Buy a Different One.
– My sister spent her birthday weekend with us, it was lovely.

March
– Travelled to Toronto for work. It’s very very cold in Toronto in March. I honestly didn’t mind it though. I just walked between the office and the hotel in frigid temperatures and enjoyed being away from all the grieving I was doing at home. I wouldn’t mind going to Toronto again this March. But don’t tell my boss in case I change my mind.
– Got the flu. Was sicker than I’ve ever been as an adult. I was sick for two weeks including one entire week off work.
– Paid off all our credit card debt.

May
– Had the exterior of the house painted as part of Project Sell This House and Buy a Different One.
– Mini family reunion at my cousin’s wedding.
– Some good things happened at work.

June
– Painted the basement as part of Project Sell This House and Buy a Different One.
– Started studying Python.

August
– Staycation that included visiting local museums, seeing movies and lots of naps.
– Frustration at not being able to find a house to buy.
– Almost adopted a senior dog but someone else adopted her before we took the leap.

September
– Read Torah on Yom Kippur.
– Super frustrated with house shopping.
– Insurance refused to cover a colon cancer screening because I’m too young for the procedure to be deemed medically necessary. When told my doctor wanted the test because my mother died of colorectal cancer insurance then decided I was too high risk for that test.

October
– We stopped actively looking for a house since we still hadn’t found anything we were interested in. In the meantime we’ve been saving money for the eventual new house. We’ll pick the search back up in January.
– Went to “Boo at the Zoo” with our nephew.

November
This was a month of pure grief for me. I didn’t write anything down in my monthly journal and I don’t have any recollection of things I did during the month other than work and play Assassin’s Creed.

December
– Work trip to SF. Those are always stressful for me but this trip I got to spend time with a lot of my favorite work people so it was well worth any travel stress.
– First holiday gathering with my mom’s side of the family since she died.
– I scheduled a colonoscopy.

For three years in a row my year in review has had a “mourning” section. Last year in this section I said “please may 2017 be a year in which I don’t have a mourning section in my year in review.” But here we are. No one I was close to died in 2017 but the largest part of my energy in the year was spent on grieving. And as much I hate to say it I suspect 2018 is going to be the same.

I honestly wasn’t prepared for grief like this. I knew I’d be sad. I just didn’t know how all encompassing it would be. I didn’t know that a year later it would still be so bad.

Spotify did a good year end roundup. According to it I listened to 94,978 minutes of music. Seems about right.

Top Albums
1. True Sadness by The Avett Brothers
2. Harry Styles by Harry Styles
3. I See You by The xx
4. The Nashville Sound by Jason Isbell and the 400 Unit

Top Tracks
1. Once by Maren Morris
2. Good to Be Back Home by Charles Bradley
3. Astral Plane by Valerie June
4. Love by Lana Del Rey
5. Trouble by Cage the Elephant

I still don’t have a good music discovery flow. The demise of Rdio really messed with music discovery for me. At the end of the year I’m listening to the KCRW best of 2017 playlists and am finding a lot of stuff I like. I wish KCRW put out more curated playlists more often.

It was mostly an action movie year for me. The ones I enjoyed most were Thor: Ragnorok, Guardians of the Galaxy Vol. 2, Atomic Blonde and Wonder Woman.

On the television front we fell hard for The Good Place. Other network comedies we still enjoy are Black-ish and Speechless. In terms of drama we basically just watched every single British crime show we could get through various streaming channels.

I played video games a lot this year. It would probably be really shocking to tally up the total hours I spent playing. But playing helped me. It took my mind off grief and sadness. It was a blissful distraction.

By far the best game I played was Horizon Zero Dawn. It actually became my favorite video game ever. After completing it I turned right around and played it two more times all the way through. I took a month off and then played it through a fourth time. And just last month I played the first expansion pack.

My second favorite game of the year was Assassin’s Creed Origins. I’ve been a fan of this series for a long time and this was one of the series best installments.

I read 53 books in 2017. I forced myself to read books from a variety of genres and motifs this year since in 2016 I mostly read dystopian fiction. The books I liked best:

1. Dinner At the Center of the Earth by Nathan Englander
2. The Heirs by Susan Rieger
3. Moonglow by Michael Chabon
4. The Stone Sky by N.K. Jemisin
5. Midnight at the Bright Ideas Bookstore by Matthew Sullivan

Next Friday will mark 3 years that I’ve worked at Slack. I’m still very proud to work there and I’m still proud of the actual work that I do. Slack has given me the opportunity to do the best work of my life. I try to take full advantage of that opportunity every day.

And I’m going to take some fucking vacations.